However on Friday (July 5), it will be a different type of pressure for O’Sullivan as he and his Ireland team mates begin their Group A campaign against South Korea in Stadio San Mauro in search of a top two finish in the three team group and a place in the quarter finals.

O’Sullivan will be competing in his third University Games and was privileged to be selected for the most prestigious honour of carrying the flag into the stadium with all of the other representative teams, 60,000 people, SSC Napoli Captain Lorenzo Insigne and singer Andrea Bocelli.

“It was a huge honour; I was very honoured to be asked back in Taipei two years ago but unfortunately I couldn’t do it. To actually get to do it now was incredible, it was a feeling I’ll never beat for the rest of my life.”

O’Sullivan has his mind set on playing South Korea on Friday however as Ireland look to mirror the good start made by the Women’s side.

Speaking about the opposition, the Institute of Technology Carlow Masters student said,

“It will be a tough test. The staff watched them defeat Uruguay 2-1 on Tuesday night and the reports back were that they played well. They play a similar style to ourselves by playing out from the back so I’m expecting a difficult test. They are normally a good team at this competition. We expect a good test but we will fear nothing.”

Added to the pressure of competing on the world stage, O’Sullivan and his team mates will also have to contend with the intense temperatures which are in the low 30s. Asked on how much impact that it will have, the striker said,

“I think it will be difficult as it is something we are not used to being from Ireland. The fact that the game is on at 9.0 (8.0 Irish) on Friday probably won’t have as big of an effect if it was in the middle of the day. But as the second game is earlier at 6.0 (5.0 Irish) I’m sure that will affect us more so we will have to conserve energy as best we can and stick to the game plan and stay disciplined to give us the best chance of winning the game.”

After the Women’s side had done so well to seal a quarter final spot with wins over Brazil (1-0) and South Korea (2-1) O’Sullivan is eager for the Men’s team to match their compatriots and make their own bit of history.

“Obviously, what the Women’s team did was incredible, and it has spurred us on, with a bit of pressure on us too. Though even before the result, we were all eager to win and to send a message back home that we are good footballers and a good bunch of players. Hopefully we can replicate what the Women’s Team have done and continue the good start for Ireland.” 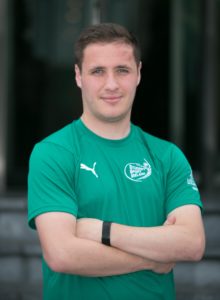 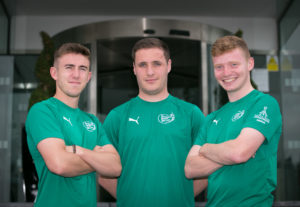