Having played against the Point in the past and he has impressed the new management enough to bring him to the Q Radio Arena.

Manager Stephen McDonnell stated his “delight” in acquiring his signature.

McCaffrey has experience playing at a high level as he has played for teams such as Ballymena, Glentoran and further afield with Hull City.

McDonnell was delighted stating that Francis “is a player I have admired for a long time and he possesses all the qualities that we are looking for.

“He is coming in of the back of a successful period with Ballymena United.

“He adds more quality to our squad and competition.

“I am looking forward to seeing all the new faces link up with our existing squad as Stevie starts to compete his business and putting a squad together for his first full season in charge. 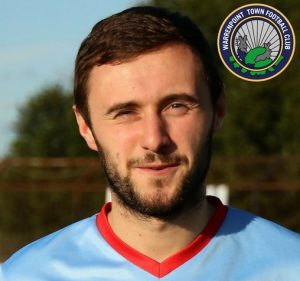