Marcus Woods has been named Warrenpoint Town SuperFan 2018/19 at an NI Football League awards ceremony this week at the National Stadium at Windsor Park.

For Marcus Woods, his club has been in his blood from day one, with his late father being a founding member of Warrenpoint Town. As a younger man, he wore blue and white with pride as a player and is now actively involved in the Academy. His generosity knows no bounds and there is no job too small. Marcus can often be seen volunteering as a steward on match days when called upon.

SuperFan nominations closed on 10 April 2019, with over 300 entries received across all 12 Premiership clubs. 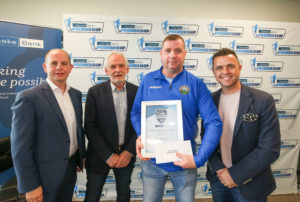 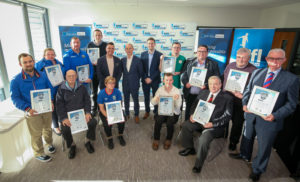