The first transfer window for Warrenpoint Town manager Matthew Tipton has been an active one already with three new signings.
Young talent Anto Reilly from Dundalk is the first one who formed part of the winning team against Premiership Ballinmallard on Saturday past. At only 20 years of age the player was welcomed in his debut and showed great composure.

Tipton commented “at such a young age and senior team experience at the League of Ireland title holders already under his belt he is perfect for the profile of player we are trying to attract.

“He is versatile as well so that is a big bonus to us.

Coming in from Armagh is Philly Donnelly. Welcoming the player Tipton said he had “admired the plater from afar over the last couple of years” and that he was delighted to sign him.
“I managed to watch him at the end of last season few times and I was impressed.

“When I joined Warrenpoint last summer I was asked by the board to draw up a list of players I knew and thought could add something and Philly was on my list.

“It turned out he was already on Barry Gray’s list so it was a case of make the move and see what happens.

“Philly can play in behind the main striker or in either of the wide areas.

“He has the pace and ability to go past players on either side which is a must when getting into my team.

The final player signed for the club is Curtis Dempster. Curtis has joined from Brantwood who play their football in the Ballymena Intermediate League. Curtis was a promising player at Crusaders and with Northern Ireland youth teams where he gained the attention of club manager Matthew Tipton. Following some serious injuries, he was out of the game for a period of time. So far, this season Dempster has scored 20 goals in 11 games and the Point fans are welcoming his arrival. He is only 20 years of age and a different type of player compared to those already at Warrenpoint.

Tipton has thanked Paul Corrie the Brantwood manager for his assistance in the transfer move. 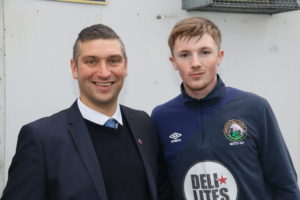 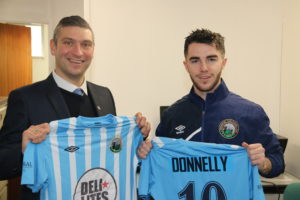 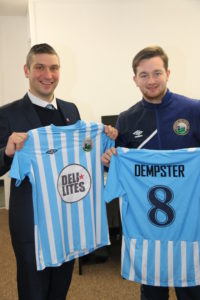