“The last few seasons Lorcan has showed that he has got what it takes to play at the top level.

“Lorcan took on responsibility this season and played a huge role in keeping us in the Premiership.

“His performances have caught the eye of many clubs here and further afield.

“He got a feel for higher levels of football at Burnley last season while on trial and is set to continue to rise through what hopefully becomes a long and prosperous professional career in football.

“Lorcan has went through all the youth ranks here at the Point and worked his way up to get into the senior team.

“He is an inspiration to all the upcoming youth players within our club and shows that they can follow the same pathway of development here in Warrenpoint.

‘We thank Lorcan for all his efforts at the club and wish him all the best in this journey.

“We think this best for Lorcan and he departs with the blessing of everyone at Warrenpoint.

“Lorcan is a great lad with a lot of talent and has the right attitude to take him to the top level.

“We will miss watching him in action as he is a joy to watch with his dazzling skills but look forward to seeing him return soon, hopefully not to score against us.

“I would also like to place on record my sincere thanks to Linfield FC for their professionalism in this deal at all levels. 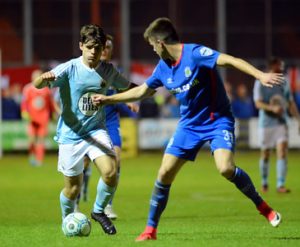 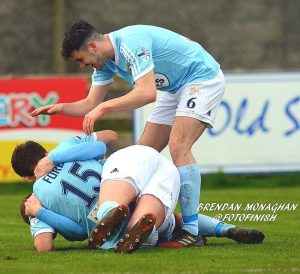 Lorcan Celebrating after getting a late winner against Glentoran to keep us in the Premiership. PHOTO CRED: Brendan Monaghan